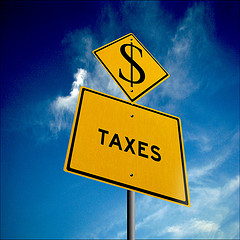 Sales and use tax is not logical and it can’t be ignored. It’s tough to understand, hard to follow, and frustrating at the least.

According to a recent Fred Pryor seminar, when you charge sales tax, you aren’t taxing the property or service itself, but the retailing of it. Use taxes are complimentary or supplemental to sales tax and are designed to help the state get all the taxes due for the storage, use or consumption of goods or services in a state. They are used to help prevent tax evasion by those who make out-of-state purchases, level the playing field between in-state and out of state sellers, and  to deal with transfers or sales  of property or used equipment between division or subsidiaries. Use taxes are usually remitted by the buyer. END_OF_DOCUMENT_TOKEN_TO_BE_REPLACED 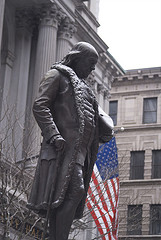 The real issue is not whether you’re paying but whether you’re collecting, then paying. Since that’s what you are really doing. You’re the Sheriff of Nottingham and Prince John wants his due. END_OF_DOCUMENT_TOKEN_TO_BE_REPLACED

I wrote a post in April about Austin’s March Small Business Summit.

I have not seen City Manager Marc Ott’s proposed budget. I am curious to see if he followed Council’s directive and included anything about how the City will try to address the needs and wants expressed by the 40 business representatives that were part of the original Summit.

According to the resolution that passed in June, Ott has 120 days to come back to Council with a report and policy recommendations to enhance the City’s effort to facilitate growth of locally-owned businesses.

That means there may be nothing in the budget. If his budget passes, it looks like it will mean higher sales and property taxes (and they wonder why we aren’t  hiring or buying). END_OF_DOCUMENT_TOKEN_TO_BE_REPLACED