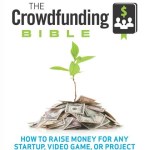 Worth reading if you’re considering investing in or using crowdfunding for your business.

Crowdfunding or crowd funding is defined in Wikipedia as “the collective cooperation, attention and trust by people who network and pool their money and other resources together, usually via the internet, to support efforts initiated by other people or organizations.”

In 2011, according to a post by Sig Ueland, there were at least 13 websites dedicated to this new, supposedly less risky way to raise capital. He starts out his post about these websites saying “Who needs banks?”

Maybe with social media and crowdfunding he’s right. Chase certainly seemed to see the writing on the wall and has joined the trend in its own way. We think of social media as a marketing tool. But several years ago Chase Bank and LivingSocial started using it as a way to engage a “crowd”, a variation of crowdfunding. They offered 12 $250,000 grants that included social media services. Just to be eligible for the grants, they required applicants to prove that they have operationalized social media into their business model. The proof: get 250 facebook votes  in a specific amount of time. They have continued to use this pattern for nonprofits as well as for profits. This is crowdfunding without the crowd “paying” for the grant directly but giving away their contact information in return for dollars. (A great way for them to get a clean, focused list.)

More typical is the formula used by one of the best known crowdfunding websites, Kickstarter.com for creative projects. It seems to be a nicer, gentler Shark Tank®. It’s all-or-nothing funding. The person with the project sets the monetary goal. People pledge to fund the project. If the goal is met, the credit cards of those who pledged are charged. If not enough is raised, no one is charged.

There is also peer to peer crowdfunding plus other takes on raising capital. Check out an interesting article  “6 Crowdfunding Trends in 2015”.

Another player is the federal government. When the Jumpstart Our Business Startups, also known as the  “JOBS” Act,  passed on April 5, 2012, it also included limitations and obligations for intermediaries and companies, i.e. issuers, to follow. These are intended to protect the small investor but may drive up the costs to acquire this capital.

The U.S. Securities and Exchange Commission warned that the Act requires intermediaries to follow specific obligations and rules that the SEC has been given the power to determine.  Jeff Jacobson, JD, LLM wrote a great post on these issues, “Limitations on Crowdfunding Legislation”.  At this time, we are still waiting to see what the federal rules will be so many states, including Texas have gone ahead and adopted their own.

Word to the wise, don’t think that crowdfunding is a panacea. It’s not less risky for investors or entrepreneurs. But used carefully, it’s another funding tool that we badly need. Be watching to see how to stay in compliance with the new rules. I know I will. The devil is in the details. Also, once you get the “investors” that’s not the end of your involvement with them. You can’t take the money and run.

I do encourage you to buy and read The Crowdfunding Bible by Scott Steinberg or download it for free at his website.

Those who have control of the gold, make the rules. Maybe that’s a good thing. We’ll see. One of the newest changes is the rise of crowdfunding portals. One of the largest and most established  is the one TEN Group portal founded by Hall Martin, a crowdfunding pioneer. There are also three new Texas Intrastate crowdfunding platforms according to the Austin Business Journal. 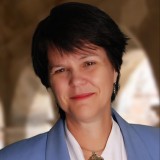 Do you have the right stuff to attract money, customers, and employees? It's more than just having a good product or service. It's about who you are and how you think. Take this little 50 question … END_OF_DOCUMENT_TOKEN_TO_BE_REPLACED