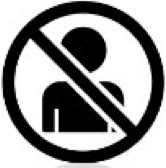 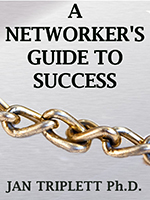 Dave Nave, Dave Nave & Associates, and Licensed Clinical Psychologist Dr. Ann Sigafoos team up to tell you what to do BEFORE you start a project to improve your success
(Forums are held on the 1st Thursday of the month, 11am Central)

The purpose of this webinar and practical work session is to focus on the differences in these two sales strategies. Share your experiences and expertise. Walk away with ideas and connections. You don't have to have attended the first session to get a lot out of this webinar.

Suggest a business topic or question for the group to work on, help choose this month's discussions, provide feedback, and make connections. Led by Dave Nave & Jan Triplett

Work session leader: Jan Triplett, Ph.D., CBTAC, and CEO of BSC, author, entrepreneur, advocate, speaker, and inventor. You don't have to have attended the other webinars in this series to benefit from this one.
-------
Be sure to check out our five blogs with posts to help you grow!

• BSC's Global Success Forum™
"helps great people start, run, stabilize and grow great businesses." Come learn from our mentors and share your business wisdom and expertise."
1st Thursdays, 11-noon Central.
*Forum: a public meeting place for open discussion where ideas and views on a particular subject or issue are exchanged. The BSC Global Forum™ made the Austin Business Journal's 2021 Book of Lists for top business & networking groups in Austin! Thanks for your help.

• Business Success Center Profit Mover™ advisory team program can provide a unified approach to growing and managing your business to create double profits & increase your management efficiency. Call 512-933-1983 to set a meeting to see if it's right for you.