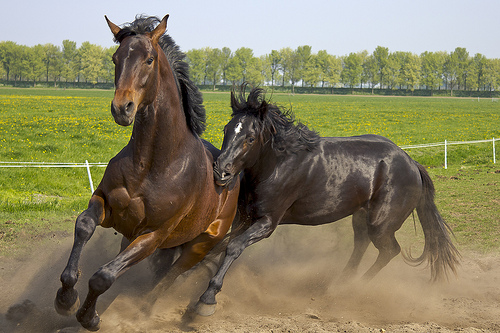 Stakeholders can be useful to you but can go wild as well. Photo by cone_dnm

They are customers, providers, allies, employees, colleagues, the government, the media, competitors, influencers and many, many others. After reviewing a stakeholder map example that had 105 entries, I came up with at least 50 more.

What do they all have in common? They are people, departments, and organizations who can affect or be affected by:

How do stakeholders go wild?

Stakeholders, whether they have power or not, can mess up your day, week, year, or years to come. At a recent presentation I gave for the Austin chapter of the International Institute of Business Analysts, there was no shortage of examples.

Wild stakeholders were identified as those who:

You could probably identify many others from stories you’ve heard from colleagues and your own experiences.

Why do stakeholders seem to vanish at critical times?

Since stakeholders are human, with emotions, relying on logic doesn’t fit. There’s no point in saying “they should”, “it’s obvious”, “anyone would”. They don’t, won’t, or even feel they can’t. And, they are right — from their point of view and sometimes there are even real legal constraints.

Right now Congressman Michael McCaul (TX) is trying to get a piece of  legislation (H.R. 2096) passed that “allows” stakeholders to share information about their experiences as victims of cyber terrorism or as victors who defeated it. Logically, they should do this and logically there should be nothing but clear sailing to get this through. Who can argue? But, some stakeholders do. Even the law has to see many logical sides to an issue as well as deal with all those well meaning lobbyist stakeholders that have something to say or maybe even  an axe to grind.

The main reasons it’s tough to keep all the stakeholders moving in the same direction is that each one has their own perception of risk and reward. The risk has to be tolerable and the reward has to be sufficient. They need to come to that conclusion themselves. You can’t force it on them. You can and must give them the opportunity however. 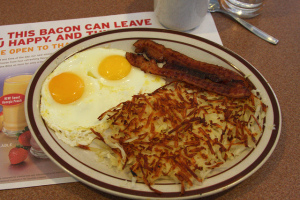 Who’s more engaged in this breakfast? The chicken or the pig. Photo by Sam Howitz

Platinum Profile Stakeholders™: Are They Pigs or Chickens?

There are several old jokes about pigs and chickens. In one version, the chicken suggests to the pig that they make the farmer who takes care of them a nice breakfast. When the pig asks what kind of breakfast, the chicken without hesitating suggests ham and eggs. The pig points out that this is a big decision: the chicken is involved but he, the pig, is making a big commitment.

In your hunt for stakeholders, go for pigs. Get commitment. They will be there when you need them and won’t wander off. They will be your wingmen and help you with stakeholders you could never get and keep on your own.

To find them, you need to profile them to know whom you are hunting and what they want in return. Just as I suggest you focus on attracting and keeping Platinum Profile Customers™, you want nothing less in your stakeholders. You also want to be able to quickly spot the “chickens” or worse the “Radio Active Waste Stakeholders™” that are out to destroy you and everything you stand for.

What about the Stakeholders you absolutely must have?

Worth asking is: “What do you do about the stakeholders whom you MUST have but who elude you? Maybe even taunt you?” My answer: blow them off. There’s always someone else. Maybe not the top, top, but there’s always someone or a group of someones almost as good or better for what you need. It’s possible they may come around. It’s possible that if you get the right combination of other stakeholders, they will have no choice but to join the group.

But, never rely on them. These people are the epitome of Geofrey Moore’s “laggards”  from Crossing the Chasm with few of author Chris Anderson’s redeeming “long tail” characteristics to make them worth the effort and risk.

Basically, you want to know who you need, what they need, and if you can deliver. Here’s what I recommend:

Email me with your examples of wild stakeholders or ask me for a copy of my suggested stakeholder list. Just don’t faint when you see it!

Here’s to your success.

Get a partner or set up a strategic alliance — which is better for your business growth? Many business owners want a "partner" to  share the load. Partners exert a lot of control no matter how little … END_OF_DOCUMENT_TOKEN_TO_BE_REPLACED