I just finished listening to a Wade Harman podcast, his first. His guests were Mark Traphagen and Jay Baer, social media biggies.

I like Wade because despite our age difference there is a resonance which started when I   discovered that he had been a coal miner and lives in  Virginia. No great details but I grew up in Hazard, Kentucky, a coal mining town. Wade escaped his coal miner drudgery by becoming a social media dude. I joined the US Air Force days after graduating from high school and escaped a future with few possibilities.

I liked what Wade had to say. I liked him especially in this first podcast where he acted as moderator with two Internet / Social Media gurus. Their topic was “The Pretend Friends of Social Media”. It makes you reconsider the people that you only know via social media. Are they really friends? Do you know much about them? Would you hang out with them in real life?

Listen to this hour-long podcast. It will be worth your time. 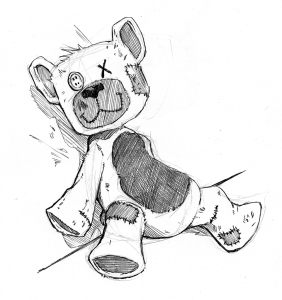 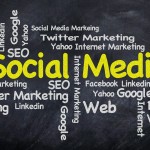 For the past few years, it has been my custom to create what I call a “web presence.” I would write a post on my website, use http://bit.ly to create a short URL back to that post, use http://twitter.com/xplorenewmedia to notify followers of that post, use the same text with perhaps a few extra descriptive words and post to http://facebook.com/exploringnewmedia.

My “web presence” has not been very productive in terms of getting people to comment on my blog post. I am using a service called Feejit to tell me about each visitor to http://exploringnewmedia.com. You can see how it works if you visit the site and check out the sidebar for “Who’s Looking at Me Now?” The last 10 visitors’ locations are shown. None of those visitors commented.

About a month ago, I became more interested in Google+ as yet another social media platform and I’ve been very excited with it. I’ve been using Facebook primarily to see pictures and comments posted by the parents of my 3-year old grandson. I’m not sure why I’ve continued to tweet. But with Google+, I’ve selectively added people that I want to follow based on their posts and how interesting they appear on their profile pages.

I won’t try to compare Google+ with Facebook or Twitter and I won’t forsake them. I will add Google+ to my social media toolbox as an addition to my web presence.

I’m taking a course on Google+ from PlusYourBusiness. I’m midway through it and will wait until I’m finished before describing what I’ve learned.

Do you have a web presence? How do you use social media? What more would you like to know about Google+ that you can’t or don’t want to Google to find out? Think about that last sentence. 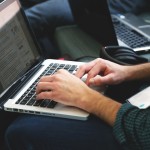 As business people, we need to have good writing skills. One of those skills is the willingness to sit down and write: reports, business plans, requests for proposals, office procedures, emails, tweets, etc.

Scheduling your writing may be difficult. You get to the office and the phone is ringing. UPS is making delivery. Your Internet connection is acting up. Lots of things are vying for your attention.

Try this. Get up a little earlier each morning and free write. Set a goal for yourself and write until you meet it. My goal is 750+ words a day. First thing. Every day. In my home office or at the dining table. Write, write, write. This is a good way to clear your mind as well as to bring important to do items to the forefront of your mind.

I started writing this way in September 2013 and since then I’ve written over 600,000 words which I have posted at 750words.com.

I start my writing by talking about my scheduled appointments for the day and anything of interested associated with them. Then I write about what I’d like to do if I have time. Then I write about anything else that comes to mind as I’m doing this. Usually in 20-30 minutes, I’ve surpassed my goal.

Did you make time to write today? 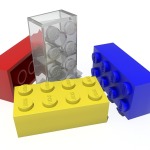 Added after I initially forgot the purpose of this post.

Dr Jan and I have worked together to create this website

We try to be faithful in adding appropriate images to each post.

I was reminded of this today when I wrote a post on my website  regarding the importance of images for increasing reader interest.
Please take a look at it and tell me what you do about images on posts.

Oops, almost forgot to add an image. As an afterthought, I posted it above. It came from the source mentioned in my article. It doesn’t have much to do with this post except that I was talking about adding images. Be sure the image that you add has at least something to do with the post. Let it be obvious.  I only added it because I spent 2 hours yesterday with my 3-year grandson playing with … Legos.

A friend of mine, Dr Jan Triplett of the Business Success Center, web site of ownersview.com wanted to be able to tweet directly from a just completed post /page without the extra steps I just described above. END_OF_DOCUMENT_TOKEN_TO_BE_REPLACED

I edited it minimally and now I present Dr. Jan and Mr. Lindsey at their relaxed best.