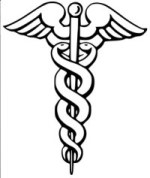 If my cat is sick. I take her to  Dr. Roy Brenton Smith, at Central Texas Cat Hospital. He’s great and used to host weekly sessions where vets shared information on tough cases.

If he needs a specialist, he calls one or gets me into the wonderful folks at Texas A&M Veterinary Hospital. They have served more than 2500 vet referrals from 164 of Texas’s 254 counties and 31 of the 50 United States .

When it comes to cat care, I know everyone is in touch with each other. I don’t have pet insurance but I know that they will care for her. They won’t “pass the buck”.

I have people insurance. I provide it to my employees. I thought I knew how things worked. After all, I am a doctor’s daughter. I worked in a hospital as a Nurse Aide my very first job in high school. My dearest friend is a cardiac nurse. My sister-in-law is a retired pediatrician.

Last Friday night I found I knew nothing.

WARNING: Doctor’s children and family members make terrible patients and cause trouble. So here am I causing trouble for people I have a high respect for in terms of their skills and abilities. I have left out the names and places on purpose. This is unfortunately not unique to these medical professionals  or facilities but seems to be SOP — standard operating procedures — now.

My dear friend in Austin emailed me that she was at a hospital with her 87 year old mother and no one was talking to her or doing anything. It was late Friday afternoon and she was worried that no one would do anything since we were going into a weekend.

She related how she had taken her mother there the night before because she thought she was having a stroke or heart attack. The doctor in ER had been great, she said. That was in the early evening.. That’s good; they should. There’s a sign in the lobby of this hospital — not sure if there’s one in ER — that says anyone can get treatment here, insurance or not, and will be stabilized to move to another hospital if necessary.

She only took her mother there after she tried to get help from a very large, 19-office medical care facility Thursday afternoon. It  had taken care of her dad when he was alive. Her mother had not been sick and so had had little need of doctors up to this point. Her mother had insurance – two kinds, Medicare and another. But, they did not take either kind of insurance and would not take her. Nothing more. No one bothered to extend any effort to give her an alternative suggestion or pick up the phone.

REMINDER TO SELF: See if the hospital and doctors’ offices list the insurance they take so I don’t have to bother them with my illness or injury. Maybe they could put it on their front door as retailers do with credit cards. Then I would not even have to go inside.

My friend then took her mother to her internal medicine doctor who had seen her mother on several occasions. ) He would know what to do and do it she was sure. (That’s what we used to do in the good old days.)

They left her sitting alone with her mother in a room, no help. Finally after some period of time when no one came, she grabbed a nurse to get a wheelchair because her mother was in acute pain and passing out. It turned out this doctor had no admitting privileges. That meant, even if he had seen her, he could not get her into a hospital. But, he never saw her and no one ever bothered to tell my friend that he could not help.

REMINDER TO SELF: Be sick and start a file with a doctor who admits and has hospital privileges. Be sure to check which one and that you are current.

By the time I arrived at 4pm Friday, my friend was beside herself. She was trying to decide whether this was the right place or if she should move her to another hospital. Again, no help from anyone. And, worse no info. My friend camped out  all night and had to tell the tech 4 times that the alarm was going off. Finally, the tech agreed to look. Lo and behold, it was off. I used to work night shift for awhile and sometimes the family has to do things. But, she is not a doctor. This was not necessary. The hospital staff was just sitting around.

The hospital took her mother’s insurance. She was admitted and was in a room. They had run some tests the night before but it was 3pm  Friday before they saw a doctor. And, that seemed only to happen because my friend kept asking the nurse when the doctor was coming. The wonderful woman did call and 10 minutes later, a doctor appeared like magic.All she knew was that they had not seen signs of a heart attack or stroke.

REMINDER TO SELF: Bring your own nag or advocate.

The doctor came late that afternoon. He examined her but had given no indication who he was other than his name. Immediate surgery was his recommendation. But, what kind of doc was he? My friend thought he might be a heart surgeon. Was this surgery which would be life changing really necessary? All these questions ran through her head.

I thought I could help. I started to see what we could find out about the doctor. He’s great, by the way, but a typical surgeon. Enough said. But at the time, an unknown entity. Nurses know a lot so I talked to them. (When you wanted the real scoop, that’s what we used to do.) I talked to his office to get some background on him. They said I could get information on him on line. I told her I was calling from the hospital and did not have a computer available.

REMINDER TO SELF – Always take your computer with you when you go to the doctor’s office or the hospital. It seems to be expected.

I thought I could find an advocate for my friend’s mother. Someone who could help coordinate her care and answer questions, like the vet does for my cat, like my father did for his patients. So I started down my network of contacts. My friends helped. Even their clients who were with them tried to help.  One even gave me his niece, Elizabeth, who works with indigent patients. She was a godsend and dropped everything. She called the doctors she knew and gave me the names of others to try. But, even she could not help. Her referrals did not take medicare patients or did not admit or did not do something. I have never felt so helpless in all my life.

I heard on NPR later that weekend that Congress is going to pass something in healthcare once they dig out of the snow. Good for them.

But, bad for them because they are missing something critical.  We cannot  accept poor health “care” that no one is dealing with while we worry about healthcare insurance.

For those of you who look to Canada and other countries, my European ex-pat friends have a lot to say and there are  major lawsuits in England right now about quality of care. That may seem one-sided. I believe in access to healthcare for everyone. I think that the previous condition exclusion is bad medicine. And, access to insurance does not mean that you can get care – especially if it is Medicare.

But my friend and her mother did not get care. They did not get doctors and their staff who made sure something was done for this woman and her family. Most just said, not us. Go somewhere else.

My father used to tell stories of patients who came in, no money, and if he could not help them directly, he took the initiative to see they got care somewhere. Is that too much to ask?

Are our health care people so afraid that they won’t even spend a little time to help? Too busy to pick up the phone and at least refer or comfort or inform?

Now, there is a good old-fashioned checklist in use in too few hospitals that was developed by Dr. Atul Gawande, M.D.  for the World Health Organization. It has cut down after surgery complications and reduced deaths in poor and rich hospitals where it is in use. He also has a book out, The Checklist Manifesto. One of the checklist items: introduce yourself. Some hospitals or doctors are reluctant to use a checklist. How weird is that? They are very smart, no one doubts that, but they have too much to remember. A checklist is an innocuous, relatively painless item.

Do we need ta  enact a Health CARE law? To remind doctors and staff what their responsibilities are – total patient care not just come in and take over. A checklist and some old fashioned courtesy seem a good low cost way to start asap.

We should address the “care” in health care or see if we can find a nice vet willing to take on another species, human beings. I think I will start offering pet insurance to my employees. I think it might improve their health.

Contact your Senator and Congresspeople. Tell them you want care back in healthcare. To find contact information for your representatives go to House or Senate.

Postcript. The surgery seems to have gone well. My friend and her mother now have a great advocate and the day staff on Friday and over the weekend were terrific. They now feel that people care. And, as I said the surgeon turned out to be terrific. But, very surgeon-like. All you doctor’s and doctors’ family members can relate.

Special thanks to Jon Lebkowsky for referencing these links e-patients.net and jopm.org that focus on participatory medicine.

Get a partner or set up a strategic alliance — which is better for your business growth? Many business owners want a "partner" to  share the load. Partners exert a lot of control no matter how little … END_OF_DOCUMENT_TOKEN_TO_BE_REPLACED